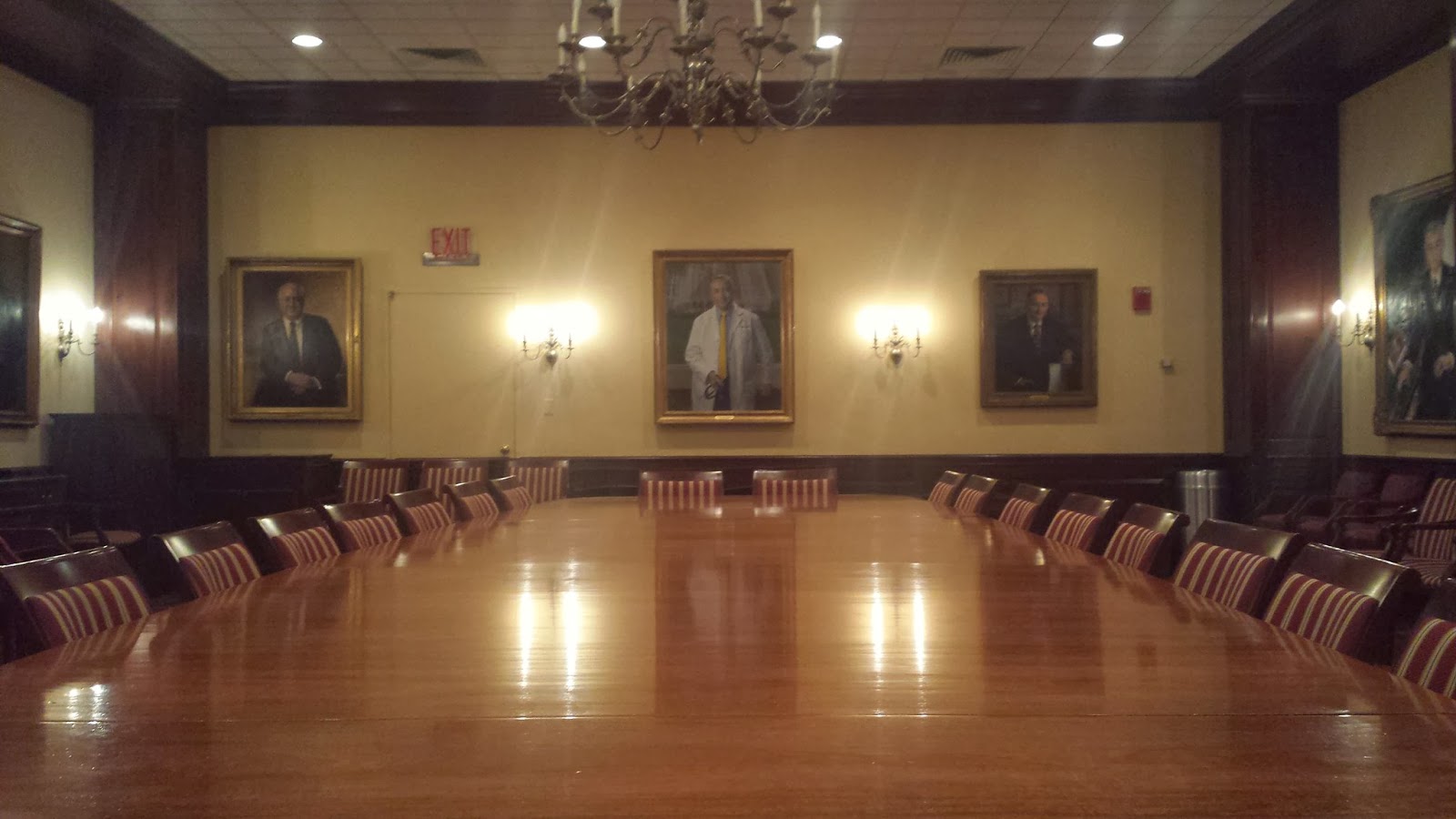 I think my talk went well. I am sure three people left the room clearly unhappy with my words--perhaps there were more.  While I am unsure how my words were received I have no doubt those that escorted me around were taken aback by how inaccessible the hospital was. Locked bathrooms abounded. Accessible entrances were blocked off. Getting from point A to point B required great thought and an obscure path of travel. As one would anticipate the more prestigious the location in the facility the greater the lack of access. The Faculty Club and Boardroom bathrooms were grossly inaccessible and gorgeous. Getting in and out of the building was a not easy either. The accessible entrance was blocked off after 5pm and required some creative maneuvering. It was one of those rare times needless obstacles actually made me happy. If my existence were truly valued I doubt bathrooms and entrances would be inconvenient or absent. This drove home an abstract quite effectively.
Posted by william Peace at 1:46 PM

Great opportunity Bill and I'm sure you really gave them something to think about.

I love your blog. You capture my feelings perfectly. I live in a small town in central MN, and while the buildings I need to go into are reasonably accessible (bank, supermarket, post office), there are many places I cannot access at all (beauty salon, florist, many others). I find myself isolating in my tiny condo (don't get me started on the availability of 3 br wheelchair-accessible rental housing, it does not exist here so my two kids and I are crammed into a small 2 bedroom and my daughter sleeps in the living room), rarely going out, and I don't go out with friends anymore like I loved to do when I could walk. Now it's all so cumbersome - favorite haunts require me to go in a back door beside the dumpsters and roll through a kitchen with sticky floors to get out to the main pub/restaurant. The only accessible bathroom is a men's bathroom. It's just easier to stay home and be alone. This is how a disabled person slips away - it is a gradual slump, like a slug sliding down a wall, just waiting to hit the bottom.

I look forward to your future posts!

Andrea. I can completely relate to you. There are days I just cannot leave my home. I just cannot take the stares, rude comments, and ever present eye balling of my body. This is a real problem that can quickly compromise one's life. I get cumbersome too. Logistics can be daunting. But out you must go. Forget old haunts and move forward. Find new haunts. New friends. New experiences. In short, do not give the bastards the satisfaction of isolating you. Easy advice to give. Hard advice to follow. And thanks for kind words.