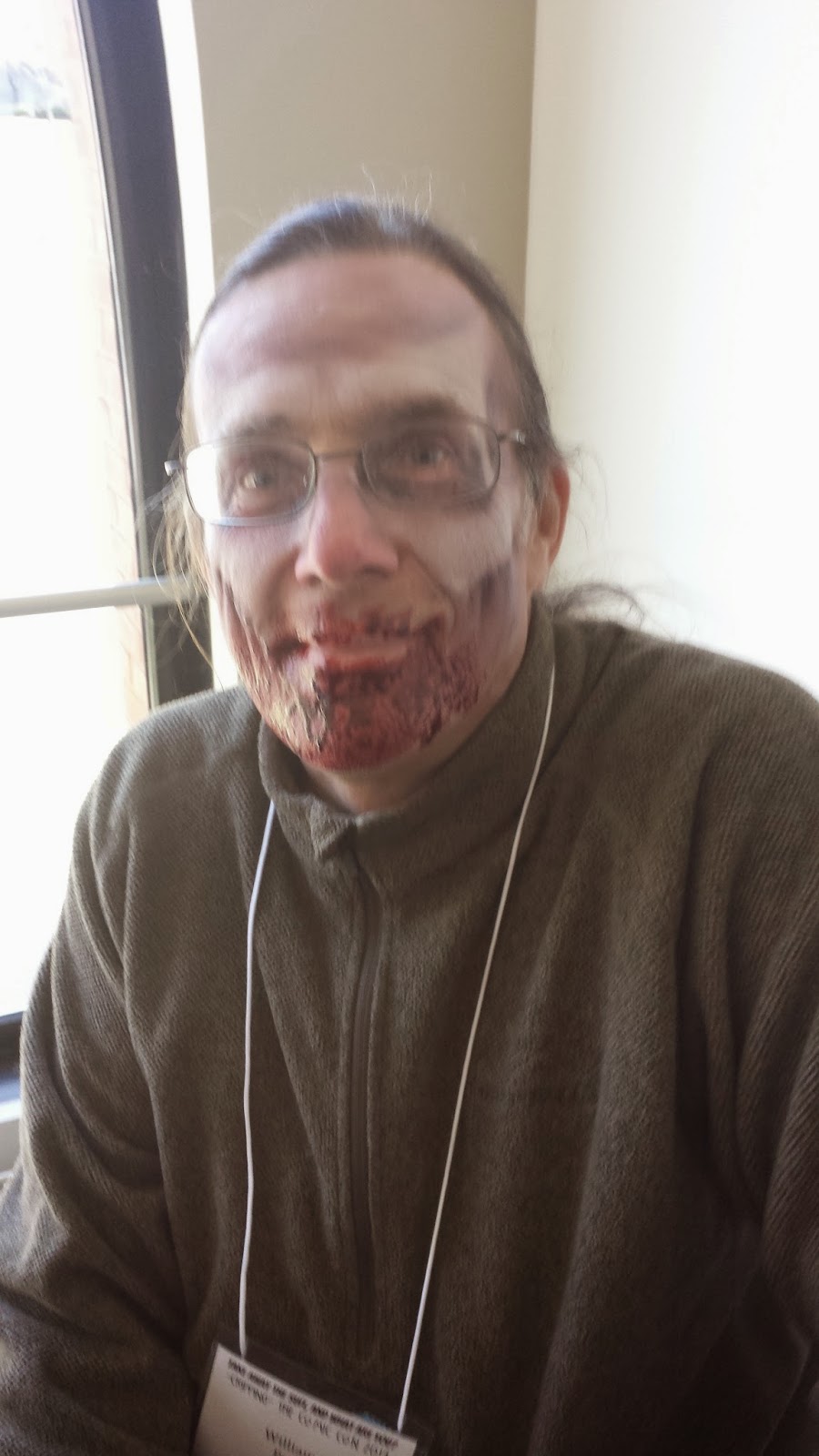 Really off beat day. Not a typical conference thats of sure. I can honestly say I let my freak fly today.
Posted by william Peace at 5:44 PM

The Syracuse Shambling was a highlight to read about.

It allows for a lot of creative disruption, and made me think that real zombiehood might be fun.

Last year (February 2013) I watched a Walking Dead preview on UStream where people could ask the actors, writers and directors questions. It was on the Daytime Emmies, I do believe.