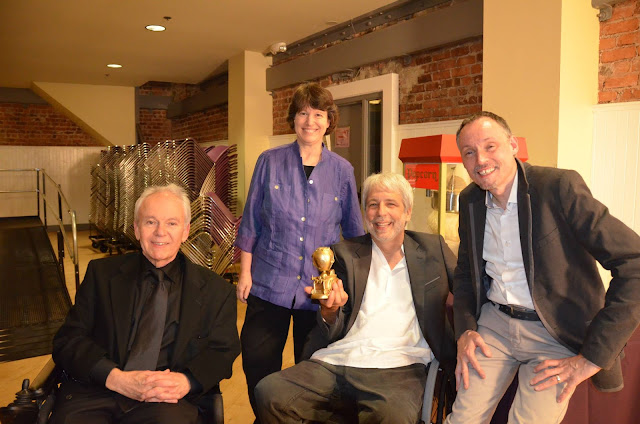 
I won’t be going to watch the latest albatross of tragic stereotyping get fastened around the necks of people I love and respect.  I will be going to a memorial service, if I can even get a seat in what I’m sure will be packed house.  I will be gathering with others whose understanding of “living boldly” was enhanced by the privilege of knowing our friend Scott. I will be wishing that all of those moviegoers were getting a chance to know a real guy with a huge heart and a smile to match – a man who loved his life, loved his family and friends, and loved the world that he savored every opportunity to explore. I will be wishing that all those people who will be wiping away tears in dark movie theaters could be mourning for the real Scott Rains rather than for the imaginary Will Traynor. Maybe somebody will make that movie someday.
Posted by william Peace at 10:57 AM

I really hated the movie. I think he should have chosen life and am glad that others choose to live in spite of their disabilities!

Melissa, Choosing life is what 99% of people do post sci. Hollywood is only interested in the rare person that thinks death is preferable. Films about ableist society don't draw audiences.