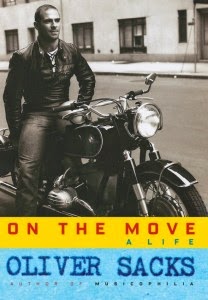 Posted by william Peace at 8:54 AM

Oliver Sacks book: "Seeing Voices" (http://www.oliversacks.com/seeing-voices/) was one of the first books I ever read on Deaf culture and largely shaped the beginning of my own journey into the world of the Deaf.

Jennifer, Sacks has never been a favorite writer. But there is no question he has prompted many to become involved in the health sciences. This alone makes him an important figure.