Better off Dead Than Disabled

In the last week a few people have asked if I am going to comment on a day time TV show Dr. Phil. After my experience with Dr. OZ months ago I am gun shy to say the least about weighing in any topic discussed on day time TV. I do not get the allure of day time TV. The only time I would think of turning on the TV during the day would be to follow a breaking national news story or local weather alerts. I cannot imagine siting down in the middle of the day and watching a TV program. So with some trepidation I am going to make some general observations about Dr. Phil and how he recently advocated for the "mercy killing" of people with disabilities.  I will not provide the link to his show. It is simply too offensive. Dr. Phil had a mother, Annette Corriveau, on his show who wanted to euthanasia her children. Yes, she wanted the right to kill her children. Is that putting it too harshly? I think not. Who else was on the show? The lawyer  Geoffrey Fleiger who defended Jack Kevorkian. So much for balance.  What the show was all about was pulling on viewers heart strings. Corriveau's children have Sanfilippo Syndrome. It was not clear what type they have. It was not clear the level of their cognition. It was not clear whether they were in pain. It was not clear what their daily life is like. It was not clear whether they could see or hear. It was not clear how much they are able to communicate. Inconvenient facts such as these only get in the way of the gut wrenching emotion TV programs thrive on.

No hard questions were asked. No one who actually spends time with Corriveau's children were interviewed. No one asked what their daily lives are like. No one asked why they have not left the institution they reside in for over two decades. No one asked Corriveau how she determined her children are suffering--a hard to access fact when she seems them infrequently. Apparently simply visiting her children is too upsetting. Yet Corriveau does the have the time to go on the Dr. Phil show and be interviewed on Canadian TV with Robert Latimer, a man who was convicted of murdering his disabled daughter.  Corriveau is setting herself up to be the expert on when it is acceptable for a parent to kill their children. Worse yet, Canadians seem to be rewriting history as it pertains to Latimer. He is not identified as a convicted murder but as an expert on children and disability. What shocks me is the social support parents receive when they express a desire to kill their children with a disability. Oh, how horrible it must be to raise a special needs child. Oh, how you must suffer. Only these parents know what such a miserable existence parenting a child can entail. I am not exaggerating. When Dr. Phil asked for a show of hands as to who supports Corriveau virtually the entire audience raised their hand. I just hung my head.

I do not know if it is the weak economy, the health care reform debate, or that the divide between rich and poor is expanding daily but these are hard times for people with a disability and by extension anyone else that does not fit into society. I have never truly believed people thought I was better off dead as the disability rights slogan mockingly proclaims. That belief has been shattered in the last two years. I have no doubt people with a disability are perceived to be suffering and those people that have no experience with disability think we should be put out of our misery.  I am not being mellow dramatic. I was offered assisted suicide in an underhanded way in 2010. Next week a paper will be put on line in advance of publication detailing my experience. The point, here is we are well on our way down a slippery slope if the masses are listening and watching people like Dr. Phil and Dr. Oz. Killing people with a disability is not seen as inherently wrong but rather an act of compassion, mercy even.  Great for day time emotional tear jerking TV shows but way short of facts and devoid of reality. The fact is people with a disability lead rich and full lives. I am one of many.  But I am one of many at risk. And that thought keeps me up at night and fearful of accessing the health care system that is hostile to my existence.
Posted by william Peace at 2:42 PM 15 comments: 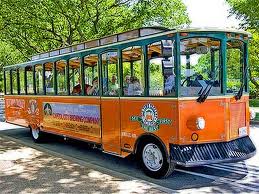