A friend sent a link to a story on PBS News Hour about a man named Adam Gorlitsky. Apparently Mr. Gorlitsky was paralyzed ten years ago. A cross county runner in high school, Gorlitsky has been using ReWalk exoskeleton for a few months. His goal was to participate in the Cooper River Bridge Run in Charleston South Carolina. The spin of the story is dreadful. Even the title of the PBS story is objectionable: "How Robotics helped a paralyzed man cross the finish line". Link: http://www.pbs.org/newshour/bb/how-robotics-helped-a-paralyzed-man-cross-the-finish-line/ I often see similar stories in local newspapers. They never deviate. A young man or woman is paralyzed. Preferably they have an athletic background to highlight the perceived tragic nature of a spinal cord injury. Despite great odds, impossible odds really, the young person "overcomes" their spinal cord injury by walking a set distance. Tears flow forth as a super human effort is made to "walk" across a finish line. The finish line can be a race, wedding, graduation ceremony or other notable event. This is merely a variation on a theme. We are supposed to be inspired. I have no doubt bipedal people are inspired. The logic is not complex or subtle: it is assumed all paralyzed people spend a great deal of their time and energy trying to walk. The fact this assumption is utterly false is conveniently overlooked by the mainstream media in its quest for readers and ratings. In short, the puff piece is  effective click bait.

My thoughts are at odds with stereotyped notions associated with a paralyzing injury. Like almost all the other paralyzed people I have met in the last 35 years, none of us have any interest in walking. On occasion I will wish my injury was lower but walking is no longer relevant to me. It is simply not a thought I ever entertain. Walking as a thing has not been of interest for over three decades. Again, like all those I know who are paralyzed we simply move on with life. We are anonymous. You will not read about us in the news because we are simply content to lead an ordinary life. In our place outliers like Mr. Gorlitsky make headlines. Media portrayals of the paralyzed walking via the exoskeleton are misleading and destructive. Here I am not chastising Mr. Gorlitsky. Insert any name in his place. The narrative is consistent: hero overcomes paralysis and walks. The PBS News Hour story is 90 seconds of feel good propaganda.

I am not opposed to the effort to cure spinal cord injury. I am not opposed to the exoskeleton. There could be medical benefit to being able to stand and mechanically walk. This is possible though not proven in a peer reviewed medical journal. I object to the way such "walking" is used by the media to inspire others. People such as Mr. Gorlitsky are being exploited by a host of exoskeleton companies that have wormed their way into rehabilitation facilities nationwide. This defies common sense but is profitable for those involved in medical technology. The lack of common sense in an era when rehabilitation post spinal cord injury is performed at warp speed is mind boggling to me. What is more important: learning mundane activities of every day living that will be of benefit to a person the rest of their life or spending time to learn how to use an exoskeleton and walking in a race. There is nothing to be inspired about here. At the PBS website, dialogue such as the below is inherently destructive and demeaning:

ADAM GORLITSKY: My wrists, man, my wrists feel like they’re about to snap in half.

I am not inspired. I am upset. Here we have a man over taxing his wrists to the point he feels like they will snap in half. This makes no sense. Detailed and intensive instruction on how to care for a paralyzed body is of far greater importance. Life lessons need to be absorbed about paralysis. This is boring stuff but is the key to retaining one's good health for decades to come. Frankly, I find it hard to imagine people are naive or ignorant enough to swallow this line of feel good nonsense. Based on the loud and cheerful applause  apparently I am wrong. Let me further deconstruct the feel good aspect of this story. Mr. Gorlitsky received his ReWalk in December 2015. Mr. Gorlitsky is not a solitary person working alone but rather part of an organized effort to market the ReWalk and brand rehabilitation facilities. From the ReWalk website:

“We are so pleased to deliver a ReWalk system to Adam this week, and have him join the ranks of ReWalkers around the world,” said ReWalk Robotics CEO Larry Jasinski.  “We are proud to work with dozens of rehabilitation hospitals across the country like Roper Rehabilitation Hospital, which help expose the spinal cord injured community to this technology, and provide training so that eligible ReWalkers can have the chance to stand and walk again.”
This historic event is a testament to the quality of cutting-edge technology offered at Roper Rehabilitation Hospital, the only CARF-accredited spinal cord injury program in the Lowcountry, said Cathy Therrell, director of Roper Rehabilitation Hospital. “We are so proud of Adam and we are thrilled to be the first to offer ReWalk to persons with spinal cord injuries in South Carolina,” Therrell said.
Adam, 29, fell asleep while driving December 30, 2005, which led to a car accident that severed his spinal cord at the T9 level, permanently paralyzing him from the waist down.  In 2015, Adam was introduced to the ReWalk exoskeleton at Roper Rehabilitation Hospital, located inside Roper Hospital in downtown Charleston.  Over the course of five months, he has nearly completed his training on the ReWalk and will finalize his training with his own personal system.  Adam led a successful crowdfunding campaign on his website I Got Legs, which will pay for his ReWalk system.  Once his training is complete, Adam will be able to use the ReWalk to stand, walk and return to many activities he once did every day.
Let me put my own spin on the above. ReWalk is at the forefront of branding its version of the exoskeleton. ReWalk is a for profit corporation medical device company whose stock sells on Nasdaq (RWLK). It has locations all over the globe. ReWalk is not a charity. They are in the business of making money. Roper Rehabilitation where Mr. Gorlitsky trains two to four hours a day is like other rehabilitation centers nationwide that market the ReWalk brand name. The ReWalk for those who suddenly find themselves paralyzed is appealing. I get this. The human body was not designed to be paralyzed. Glossy hospital magazines with the photograph on the cover of a smiling young person "walking" in the ReWalk will attract patients. ReWalk and the rehabilitation center are proud of Mr. Gorlitsky.  Proud they should be as he is the poster child for the marketing campaign to sell these devices. However they are not proud enough to give him a ReWalk. He started his own crowd funding campaign to raise money and multiple news stories have appeared about him. The feel good story on PBS neglected to mention any of this. Nor did the PBS story note the price of the ReWalk device: $77,000. The sticker price for the ReWalk version of the exoskeleton is well beyond the means of virtually all paralyzed people.

I wish Mr. Gorlitsky well. I am sure he is a good man. My words are not in any way a criticism of his effort. Instead I object to the spin used in various videos and local newspaper stories about him. What I did not read was anything beyond how he injured his spinal cord and how he wants to walk. An effort that ReWalk states will enable him to stand walk, and do many activities he once did daily. Can he not do this using a wheelchair? I expect to get a lot more bang for my buck when talking about $77,000. I could buy an Audi TTS pictured below and still be able to put over $10,000 in my pocket. 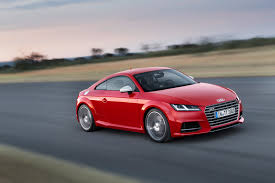 I am curious about Mr. Gorlitsky's life. What has he been doing the last ten years since his injury? Is he married? Where does he work? Where does he live? Pesky facts like these spoil the narrative. Paralyzed man walks across the finish line. Everyone is happy. Sorry but no. I am not happy. In an ideal world this is what I envision for a man like Mr. Gorlisky post spinal cord injury. Mr. X experiences a spinal cord injury. The way he is injured is not relevant. He is medically stabilized and sent to intense and extended rehabilitation. He given a crash course on spinal cord injury: how to care for his body, top notch urological and skin care is a core component of rehabilitation. He is given detailed information about the range of wheelchairs that exist. Toward the end of rehabilitation he enters into a parallel program designed to employ him post injury or send him to college or job training best suited to his skills. He is exposed to the world of adaptive sports and learns about the ADA and disability rights. If interested, he will be provided with the wheelchair that best suits his needs and if desired he is given a sit ski, hand cycle, kayak another type of adaptive sports gear.  If sports is not of interest inclusive dance and adaptive yoga are viable options. After he leaves rehabilitation he enters into a post rehabilitation half way house. There among his newly crippled peers he is immersed into disability culture and along with the other men and women who are learning to adapt post spinal cord injury. While at the half way house he explores the world as a wheelchair user. He gets on a plane, train, bus and learns how to drive with hand controls. Modifications to his home or apartment are made or he finds a new place to live. Once employed, able to drive or access mass transportation he leaves the half way house. All this costs less than $77,000. Most importantly, he understands he is not alone, is gainfully employed, knows some people that have experienced a life altering injury, and is ready to face a hostile world. The trouble with my model of life post injury is that it does not sell well. My brand does not make people feel good. It is not particularly profitable. There is no inspiring story line. My vision is akin to what Ed Roberts described as cripple power. He famously wrote: “I’m tired of well meaning non-cripples with their stereotypes of what I can and cannot do. Directing my life and my future. I want cripples to direct their own programs and to be able to train other cripples to direct new programs. This is the star to something big — cripple power.”

My point is that modern day rehabilitation has lost its soul and big business is making a profit selling paralyzed people a false set of goods. People should not be used for inspiration and be cheered on in a misguided attempt to walk. The symbolism involved in such an effort alone is destructive. A wheelchair is a powerful way to navigate the world. A wheelchair is life altering technology. Walking is not the only means of navigating the world. We should empower people who experience a spinal cord injury and not profit off their injury. This was exactly what Ed Roberts had in mind. I value the utility of cripple power. I revel its warm embrace.
Posted by william Peace at 2:17 PM 2 comments: