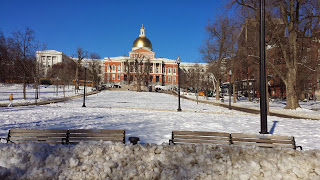 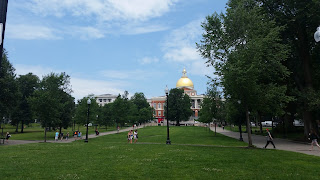 Here I relentlessly return to my observation about Boston as a city coming alive well before business hours begin. Why is wheelchair access and so called "reasonable accommodations" for all people with a disability not the norm? Why is not a central part of a hospital as an institution coming alive.  I would suggest the most basic reason for a lack of access is simple--we people with a disability are not in positions of power. We are not present when decisions that can profoundly alter our life are made. Hence I harken back to the slogan "nothing about us without us". As I age and need to access health care on occasion the more I find the slogan "nothing about us without us" all too apt. This is without question not a medical concern but rather a social problem. Not much has changed since Robert Murphy made the very same point in his book the Body Silent.
Posted by william Peace at 8:22 AM No comments: