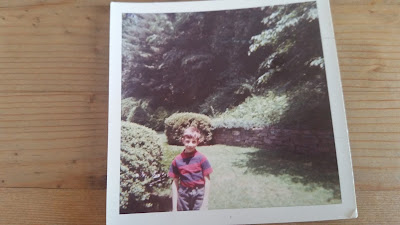 Yes, society killed the sweet little boy pictured above. I am wary of all others. I am certainly no longer sweet. I am a bad cripple because I have been forged by disability based bigotry that remains rampant today. No longer am I told "no wheelchairs". Instead bipeds lecture me about how Grant Auditorium at Syracuse University is minimally ADA compliant. Overlooked is the fact hundreds enter Grant auditorium via stairs and sit where ever they desire. I am relegated to the disability ghetto all the way in the back in a far off dark corner. No one wants to hear about the utter lack of accessible housing. When I want to move delete 95% of all housing options. I do not visit friends homes. No one lives in an accessible house and that includes my siblings. The barriers I confront, both physical and social, are overwhelming. The little boy in the photograph had no worries. That boy wanted to be like Tom Seaver and pitch in the major leagues. That boy got on a school bus and went to public school. When that little boy was paralyzed in 1978 after a decade of enduring the medical mill society killed him and created a different human being. You reap what you sow. In the King James Bible I read "Be not deceived; God is not mocked: for whatever a man soweth, that shall he also reap". I am far from the only bad cripple. While I lost much bodily being paralyzed, I have gained and become a thorn in the side of bipeds and typical others. I have gained much. I have a people--disabled people. We form a disenfranchised minority group. Our rights are protected by the law. The laws that guarantee our civil rights are not valued nor respected. The law is broken on a daily basis. And thus I am one of many who fight back. To me, this is called disability gain. More than just having a people, I have met unique humans with very different bodies and means of thinking and ways of navigating the world. We know we are unwanted. We don't care. We know we are not a problem. We are human beings with inalienable rights. Violate those rights and ableists will reap what they sow. This is what happens when a person such as myself is forged by disability based bigotry. That sweet little boy has grown up to be a hard man forged of steel.
Posted by william Peace at 11:20 AM 4 comments: